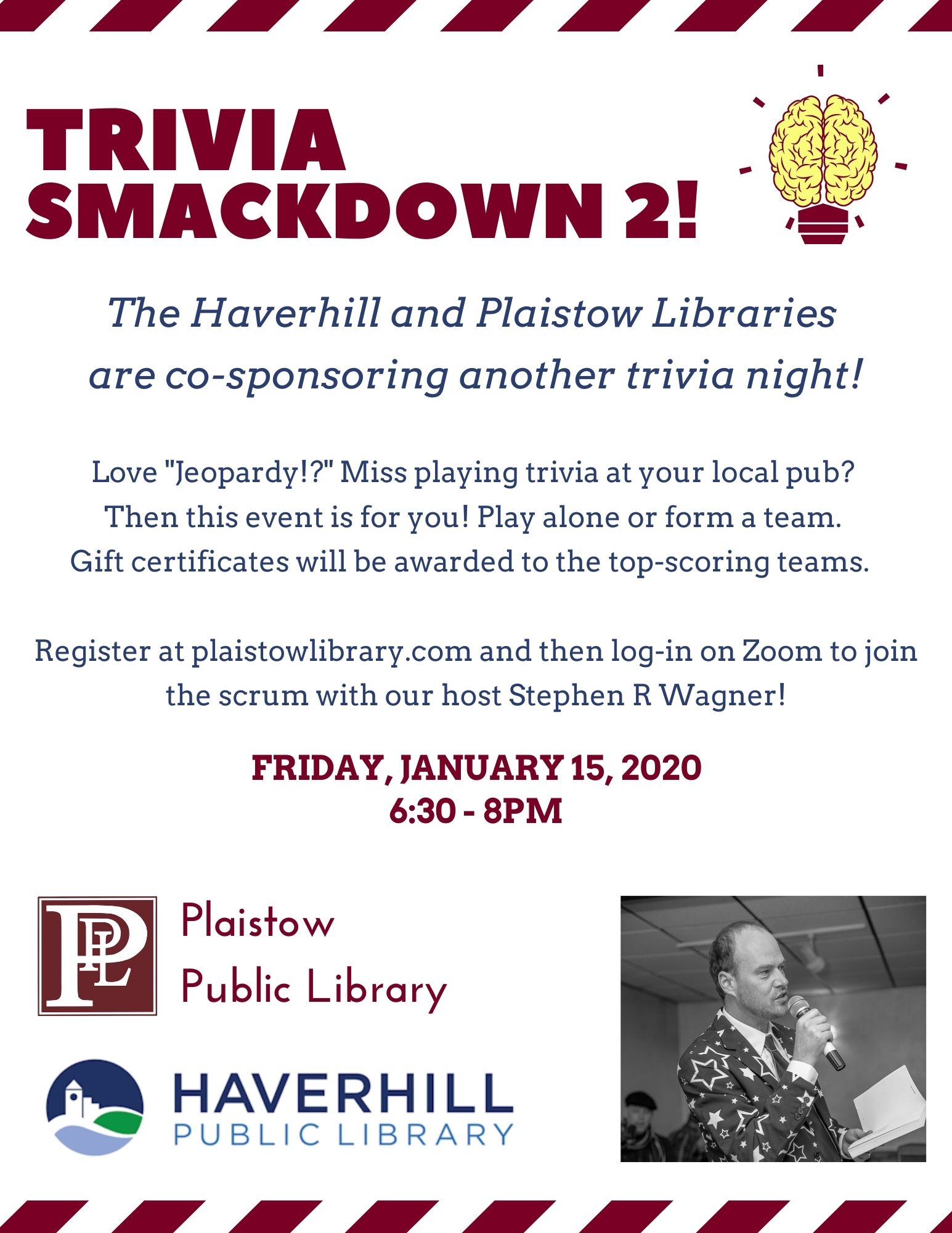 We had so much fun the first time, we decided to do it again! Join us for a night of cross-town/interstate trivia with our friendly rivals from Haverhill.
Register here to play along. Please include your team name below and the number of players on your team.
Not only are you playing for bragging rights, but restaurant gift certificates will be awarded to top placing teams. The game is targeted towards adults but is open to all ages. Some questions will be Jeopardy level, while others will be easier. Local/regional history will also be featured.
Well-known local trivia host Stephen Wagner will be our quizmaster. This program will be held on Zoom. We will send an email on the day of the program that includes the link as well as additional information about the setup and rules of the game. See you then!
About our host:
Stephen R Wagner is the author of six books and is The Former Poet Laureate of Amesbury, Massachusetts. For the last three years, he's hosted a monthly trivia night for Barewolf Breweries in Amesbury. Stephen's style of trivia eschews a traditional focus on pop culture, and instead looks to explore the fascinating facts of the universe all around us. One fun fact is that Stephen has never actually "attended" a trivia event, himself, yet he's hosted over thirty five well attended trivia nights, for a variety of public and private groups, over the last several years.

You must log in to register for this event.
Oops! - There was a problem in authenticating your card: